There was concern about his security and safety, and my role was to make sure Wako got direct access to Xanana.

So talks had been ongoing for over a decade. But up to that point the Timorese had been totally excluded from the discussions. The Portuguese had proposed, when talks resumed in after the Santa Cruz massacre, that the Timorese should be included. The Indonesians rejected this completely because, from their point of view, the Timorese had already decided to be part of their country. At our suggestion, the Secretary-General managed to get a concession from Indonesia that he would be free to consult with Timorese from the pro-integration and pro-independence camps.


This was a way of bringing their views to the table, and it provided an opening for us to insist on speaking with all Timorese. Vendrell and I visited Indonesia and Timor twice in and each time we insisted on seeing Xanana in prison. Indonesia reluctantly allowed us, and this set a pattern.

After that, meeting him became part of the routine. My approach was less formalistic. I maintained regular communication with the independence leaders in exile — Jose Ramos-Horta, Mari Alkatiri and others and cultivated a productive relationship with pro-integration figures like Lopes da Cruz, Abilio Araujo and others. Inside Timor, Bishops Belo and Nascimento were highly respected figures who spoke authoritatively for the Timorese. I maintained excellent relations with Portuguese and Indonesian diplomats and even some degree of contact with some Indonesian military and security figures.

You had to get your hands dirty in the engagement process. The year before, the Secretary-General had appointed a Personal Representative for East Timor, Jamsheed Marker, with a view to accelerating the good offices.

Marker began to visit more frequently and to meet Xanana and other leaders. The new opening enabled me to meet with hitherto inaccessible youth and community leaders in Timor, many of whom were part of the clandestine resistance and some are today taking over the leadership of the country, including current Prime Minister Rui Araujo. On the diplomatic front, we at DPA were deeply involved in exploring alternative ideas and proposals around autonomy, independence, transition, and in drafting the 5 May agreements on East Timor and the implementation of the historic referendum on 30 August TS: This was an ongoing conflict since , and UN engagement was initiated in despite the reluctance of the then government of Nepal and India.

Ceasefires had been declared and talks started, but they broke down for the second time in , and the Maoist negotiating team in Kathmandu had gone back underground. There was a serious deficit of trust and weak process management. I began talking to all sides and carried a few messages, particularly between the Maoists and the government. After I established contact with the Maoists, we were able to explore ideas for finding some common ground with the political parities and for a while with the king.

The UN did not have a formal mediation role, which sometimes is an advantage because you can talk to all sides but are not directly responsible for ideas that may catch on or sink. The UN also offered various tools and means for implementing a peace agreement, should one be concluded - from monitoring and verification to electoral assistance and the deployment of full-fledged peace operation. As the process advanced it was gratifying to see that, despite the fact that there was no formal UN mediation role, many of the ideas that I explored with the parties over the years formed the basis of the Comprehensive Peace Agreement of — the separation of forces, cantonment of the Maoist army, monitoring of the Nepal Army, UN supported election of a constituent assembly.

TS: Yes, in fact, that is how it evolved. The issue is how to transition successfully from prevention and peacemaking to either peacekeeping or political mission deployment. But I think we have to see good offices as a holistic endeavor straddling all different phases of a dispute. TS: One of the key elements of the Comprehensive Peace Agreement was to negotiate arrangements for containment of the Maoist army and the restriction of the Nepal Army.

The modalities for this and the monitoring of the weapons had to be worked out. Where were the weapons to be kept? What kind of UN monitoring would be put in place? The implementation of a political agreement, in many ways, is more complex than negotiating it. There could be spoilers who are not satisfied with the agreement and who need to be brought on board by addressing their concerns.

Agreements can unravel; you have to constantly prevent, address and resolve problems as you go. Thus, even after a peacekeeping operation or a political mission, peacebuilding is really prevention by another term. You are trying to avert a relapse into conflict.

DPPA Around the World | Department of Political and Peacebuilding Affairs

It was almost as if you returned to play a good offices role between the UN and the Timorese? TS: East Timor is an example of mostly how not to do transitions.


But it was good that Sergio Vieria de Mello recognizedthat he needed someone who knew the Timorese, their divisions, the dynamics and the pitfalls, to come help him in the initial stage of his role as Administrator. Before he got to Indonesia, he realized he needed the assistance of someone from DPA.

I was specifically asked to come out. Najibullah's government collapsed, and the Mujahideen seized power. Maley draws four lessons for the use of UN good offices from the Afghani experience. First, "issues of credentials are political, not merely procedural, and should be approached with the greatest of care. Exclusion of the Mujahideen from the Geneva Accords contributed to the unrest subsequent to Soviet troop withdrawal. Third, UN humanitarian programs should not be deployed on faulty or unrealistic assessments of the political situation.

Finally, "highly expert, level-headed assessments of complex political situations is required if good office missions are not to collapse spectacularly. Our inability to constructively handle intractable conflict is the most serious, and the most neglected, problem facing humanity. Solving today's tough problems depends upon finding better ways of dealing with these conflicts. Educators Consider a low-cost BI-based custom text. Constructive Conflict Initiative. Join Us in calling for a dramatic expansion of efforts to limit the destructiveness of intractable conflict. Practical things we can all do to limit the destructive conflicts threatening our future.

A free, open, online seminar exploring new approaches for addressing difficult and intractable conflicts. Major topic areas include:. Massively Parallel Peacebuilding. Authoritarian Populism. Constructive Confrontation. Links to thought-provoking articles exploring the larger, societal dimension of intractability. After the withdrawal of troops on 25 February , the position of the Representative was terminated on 28 February On 4 March , the Security Council recommended that the Secretary-General designate a Mediator to use his best endeavour with the representatives of the communities and also with the Governments of Greece, Turkey, Cyprus and the United Kingdom, for the purpose of promoting a peaceful solution and an agreed settlement of the problem confronting Cyprus.

On 22 November , following the June Arab-Israeli War, the Security Council requested the Secretary-General to designate a Special Representative to proceed to the Middle East to establish and maintain contacts with the States concerned in order to promote agreement and assist efforts to achieve a peaceful and accepted settlement. On 4 December , in connection with the situation between Iran and the United States over the seizure and prolonged detention of United States nationals in Iran, the Council requested the Secretary-General to lend his good offices for the peaceful resolution of issues between Iran and the United States.

Pursuant to resolutions and in the context of facilitating the return of all Kuwaiti property seized by Iraq, the Coordinator was mandated to receive, register and submit to Iraq all claims presented by Kuwait and to facilitate the return of property declared by Iraq to be in its possession. On 11 November , the Secretary-General in the exercise of his good offices appointed a Special Representative to remain in the affected region. On 28 February , in accordance with the complaint by Iraq concerning the incidents on its frontier with Iran, the Security Council requested the Secretary-General to appoint a Special Representative to conduct an investigation of the events that have given rise to the complaint by Iraq and to report on its findings. 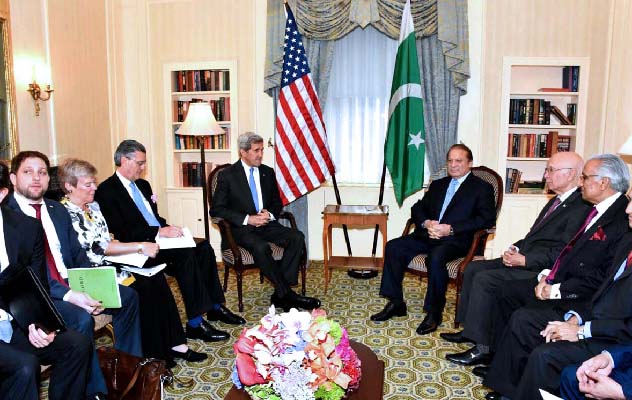